Doing what we can to help prevent eye disease and blindness

RetiVue LLC is focused on providing novel, high definition retinal imaging technology with a wider field of view to help document early eye disease to help needless blindness. The RetiVue WF Desktop and RetiVue WF Portable are the first affordable non-mydriatic widefield retina cameras for everyone from babies to adults.

Our revolutionary design allows you to image up to ten times more of the retina than competing devices. Point and shoot automatic image capture gives you perfect images of the eye every time, regardless of level of expertise. Our company strives to become the de-facto standard equipment used for eye screening, capturing higher quality images, while simultaneously maintaining device affordability and simplifying ease of use.

To prevent blindness in underserved, medically at-risk populations by creating innovative, affordable products and solutions that aid in the early documentation of eye disease.

There are too few eye care providers to examine all who are at risk from eye disease, be they the 15M premature neonates, the 130M term newborns, or the 300M patients with diabetes worldwide, all of which serve as market opportunities for RetiVue. Tele-ophthalmic screening offers the opportunity to efficiently reach all potentially affected patients at any remote locations. However, photographic limitations of existing devices to document early stage eye disease, as well as their high cost and complex operation, prevent effective deployment of screening services.

RetiVue aims to address this market need by making worldwide retinal screening for newborn infants and adults a reality. RetiVue’s technology will improve access to and outcomes from eye screening by improving the ability to document eye disease in the retinal periphery, while simultaneously reducing cost, and simplifying device use. Our lead product, the RetiVue WF uses an innovative imaging approach to potentially image the entire retinal surface in a single photo. Ease of use and cost efficiency is achieved through direct integration of consumer digital camera technology. Its simple, intuitive, and familiar controls allow both trained technicians and novice users to quickly obtain in-focus and composed widefield retinal photographs, enabling the world’s first “point & shoot” whole eye retinal camera.

For premature babies, the contact RetiVue WF Portable can be used to document vision threatening retinopathy of prematurity with a substantially wider and clearer field of view than conventional ROP cameras. For healthy newborns, the non-contact RetiVue WF Portable can document potentially blinding eye conditions, such as eye tumors. We hope for this to replace ineffective penlight exams that only assess if a red reflex is present, often missing early retinal issues that can lead to vision loss. And in older adults with longstanding diabetes, the RetiVue WF Desktop can document the earliest signs of diabetic retinopathy often found in the retinal periphery, allowing intervention well before blindness develops.

By the year 2030, 18 million people around the world will go blind due to diabetic retinopathy.

16 million of these cases can be prevented.

Diabetes has rapidly become one of the largest threats to human health. The global prevalence of diabetes, currently 285 million, is expected to grow to over 435 million by the year 2030, with the most significant increase occurring in developing countries. More than 70% of diabetic patients now live in low- and middle-income countries.

As retinopathy progresses over time, it can cause sudden vision loss (even overnight) without warning and before a patient is able to seek a medical intervention. By the time vision loss has occurred, people have such advanced stages of disease that a cure is no longer possible. 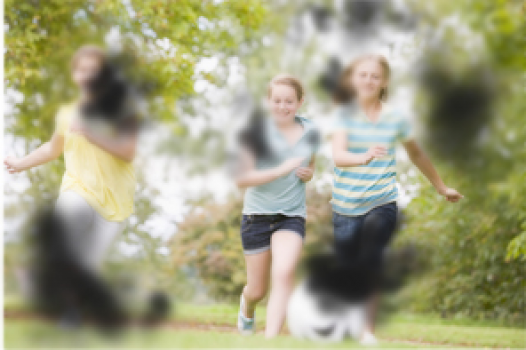 Diabetic retinopathy is increasingly becoming a major cause of blindness throughout the world. In the United States, it is already the leading cause of adult blindness 24-70 years of age. In India, it has jumped from the 17th to the 6th leading cause of blindness in twenty years. While most individuals affected with diabetic retinopathy in developed countries are elderly, the majority of subjects in developing countries are younger (46-64 years of age). The associated loss of productivity and quality of life for the patient with diabetic retinopathy inevitably leads to major socioeconomic burdens on communities and healthcare systems.

Despite these harrowing statistics, 90% of Diabetic retinopathy-related vision loss can be prevented with proper monitoring and timely treatment. However, lack of access to eye care and costly screening cameras have served as major logistic and economic barriers, with US screening rates less than 50% and global screening rates significantly below that. Where screening programs have been implemented, current screening cameras only document less than 1/8 th of the retina in which diabetic retinopathy is most likely to occur. More importantly, the retinal periphery where diabetic retinopathy often first develops usually lies outside the field of view of conventional cameras.

At RetiVue, our goal is to substantially reduce the threat of blindness in all diabetic patients, wherever they are in the world. Our solution involves creating innovative retinal screening technologies that can image into the retinal periphery to document the earliest signs of diabetic eye disease. We have strived to enable this improved visualization all the while maintaining device affordability and ease of use so our technology can be used by anyone, anywhere, to screen every diabetic patient around the world.